For waste management administrators, plastics can be a real bear. They should be recyclable, but they aren't getting recycled, and they're just ending up in landfills for the most part. Because plastic can be so difficult to recycle, garbage management personnel like yourself need to figure out if it's still worth diverting plastic to recycling, or if it's time to just send it straight to the landfill with the other trash.

Plastic Just Isn't Getting Recycled on a Large Scale

The problem is that the recycling rate for plastic has been falling and is now in the single digits. Countries that used to take plastic for recycling stopped doing so, leaving many U.S. recyclers with heaps of plastic that they couldn't do anything with. So, if the plastic is going to the landfill anyway, why bother picking it out and separating all the different types?

It Is Being Recycled on a Smaller Scale

Plastic bottles are still being recycled, just at a much lower rate than hoped. In fact, a report from 2022 found that in the U.S., only 5 percent of plastic waste was actually recycled, with No. 1 and No. 2 plastics being the most commonly recycled. Those form items like plastic water bottles. So it's difficult to say that no plastic should head to the recycling center when clearly, some can. However, recycling centers still face the issue of high costs to recycle plastic.

Without Recycling, They Just End up in the Landfill

As things stand, people aren't going to stop using plastic for the foreseeable future. Even individual plastic water bottles will still be in use as people stock up on those for emergencies and to place in "go" bags. So there's a choice between continuing to try to recycle the bottles or just letting them go to the landfill. With the recycling option, at least there is a chance they'll get recycled. If you stop collecting the bottles for recycling, then none of them will be recycled. From a waste-management perspective, if you're already collecting items for recycling, you may as well keep collecting plastics. It's possible; you'll decide to stop collecting some of the many types of plastic bottles out there, but if you continue to collect the most common types, that will help keep at least some items out of the landfill.

Garbage management isn't easy, especially when faced with a lot of items that don't seem to have a lot of places they can go. But continuing to try to recycle plastic is a good idea because of the chance it will make a difference.

Contact a garbage management company near you to learn more. 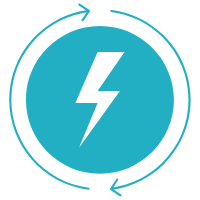 The relationship between energy and the environment is often seen as doom and gloom. You hear how burning fossil fuels is contributing to climate change and how fracking is not good for the groundwater. What you don't always hear about is how efforts are being made to make energy consumption better for the environment. Humans need energy — to power our furnaces, stoves, lights, and cars. Changes like installing more windmills and solar panels are important, and they are having an impact. You can learn more about these changes, and about energy in general, on this website, where we've compiled posts about various topics.

Is It Worth It To Still Divert Plastic To Recycling?
11 January 2023
For waste management administrators, plastics can be a real bear. They should be recyclable, but they aren't getting recycled, and they're just ending …

Use Flow Calibration Lab Services To Ensure Quality Control And Accurate Results
23 March 2022
Does your lab or research center use sensitive equipment that is used to measure the flow of different liquids or substances including water or gas? D …

4 Reasons To Hire Professionals For Asbestos Testing
13 September 2021
Asbestos was traditionally used to make different building materials such as roofs, gutters, pipes, and gaskets. This element is not necessarily harmf …